From a Woman Scorned to Justice Served: the History of Dental Forensics.

So, if you’ve ever watched CSI: Miami (or Las Vegas, or New York, or Wichita Falls, or whatever) then you probably already know about forensic dentistry. You just may not know that’s what it’s called. As we’ve all learned from any cop show worth its salt, whenever an unidentified body turns up, one of the first things the police ask for is dental records. That’s an important use of forensic dentistry. And although it is now a highly sophisticated science (and apparently an important “character” in lots of prime-time TV viewing), forensic dentistry, or odontology, has been around for thousands of years.

Bring Me Her Dental Records on a Silver Platter: Forensic Dentistry’s Beginnings.

An early example of dental forensics is believed to have occurred during a bit of drama that would put any detective show to shame – in Rome, circa 49 BC.  Agrippina, the wife of Emperor Claudius, was a jealous woman who feared that a wealthy divorcee called Lollia Pauline could be a threat to her marriage. So, Agrippina decreed that her rival be killed and asked her soldiers to bring back Lollia Pauline’s head as proof of the deed. When the head arrived, the features were so distorted, that Agrippina could only confirm the death by recognizing the distinctive characteristics of Lollia’s teeth. And this became the first known example of using odontology for identification.

Wisdom Teeth and the Mystery of ‘The Lost Dauphin’

Another example involves Louis XVII, the ill-fated son of King Louis XVI and Marie Antoinette. When the king and queen were beheaded during the French Revolution, young Louis was put in prison, where he died at the age of 10, and he was then buried in an unmarked grave. Over a hundred years later, a coffin was discovered in a cemetery in Paris, which many believed to contain Louis’ body. A man named Dr. Emile Magitot was called in to examine the body to determine the age of the remains. Magitot found that the jawbones had no baby teeth remaining and that wisdom teeth had already grown above the bone, leading him to conclude that this could not be the 10-year-old prince. His findings were published in the Archives d’Anthropologie Criminelle in 1897, and thus became the first officially recorded use of forensic dentistry.

Dentist by Day, Patriot by Night.

Back on this continent, we find forensic dentistry to be a part of a great patriot’s life.  Paul Revere was a key player in the American Revolution and is most famous for his ‘midnight ride’ to warn the colonists that the British were coming. However, Revere also inadvertently ended up as the first person to practice forensic dentistry in America. As a young man, Revere trained as a silversmith before studying under an English dental surgeon named John Baker, who taught him how to make false teeth. During the Revolutionary War, Revere was asked to identify the body of Major General Joseph Warren, the man who had sent him on his famous ride earlier that year. By the time Revere arrived, Warren’s body was too badly decomposed to tell him apart from all the other dead soldiers. That is, until Revere spotted that one of his fallen comrades was wearing a dental prosthetic, or more specifically, the false teeth that Revere had made for Warren a few years earlier. Paul Revere’s discovery became the first instance of a military service member being identified using dental remains.

Taking a Bite Out of Crime.

While consulting dental records to identify bodies is perhaps the most well-known application of forensic dentistry, it can also be very valuable in identifying people by the bite marks they leave behind. One of the most famous examples of this is the conviction of serial killer Ted Bundy, who left a distinctive bite mark on one of his victims. Because Bundy’s teeth were crooked and chipped, it was rather easy to match his “bite” to the impressions he left behind. This evidence ultimately led to his murder conviction and subsequent execution.

Whether you call it forensic odontology or forensic dentistry, the discipline is a fascinating subject that has led to the positive identification of many people, and played an important part in countless criminal investigations. And the science of forensic dentistry has a history rich enough to rival even the most compelling of modern-day detective series. 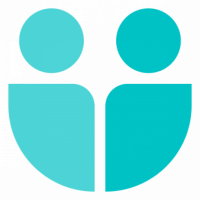 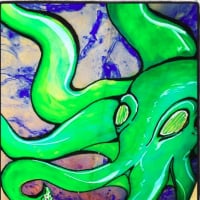